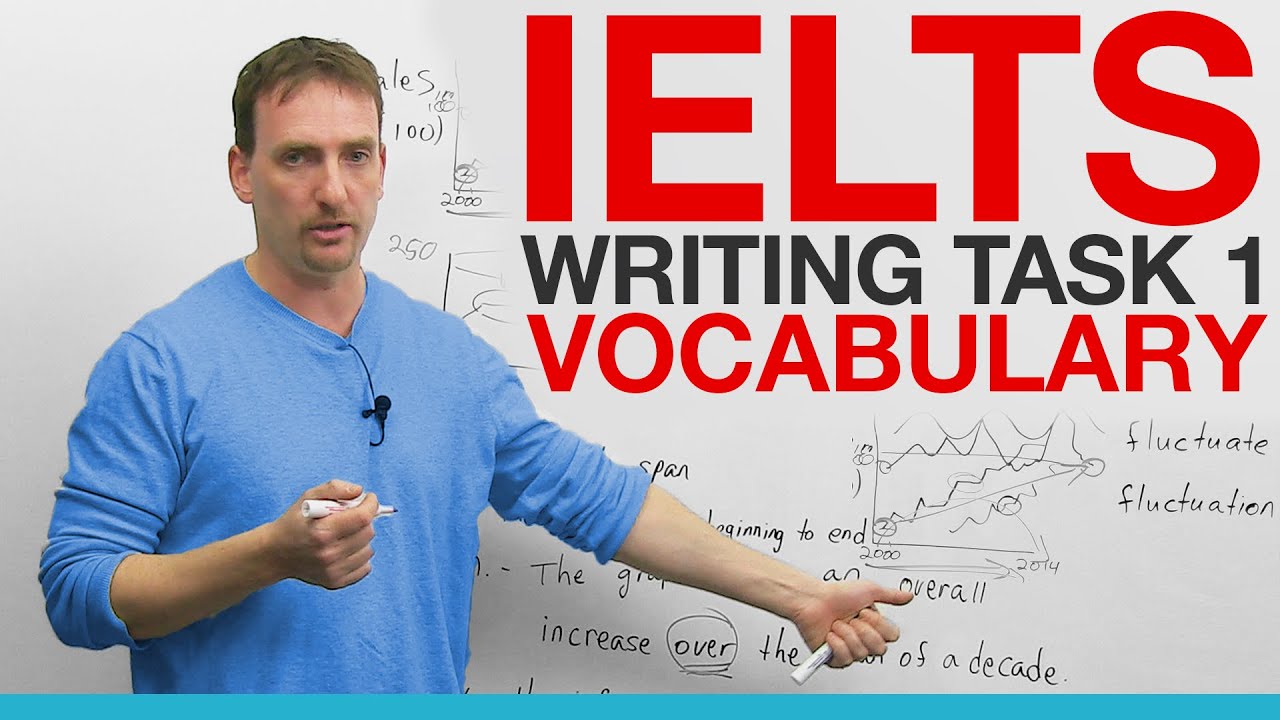 Are your IELTS Task 1 scores fluctuating in your practice samples? In other words, are they sometimes high and sometimes low? If they are low, it might be because you are using some of the necessary words incorrectly. In this lesson, we will look at nine essential words for this section of the test and how to use them correctly so as to reach your peak band score. Do you know the difference between “percent” and percentage, “former” and “latter”, “20-year-old man” and a “man who is 20 years old”? You will understand all this and more after watching this lesson.

So today we’re going to specifically look at IELTS Task 1, and I’m going to give you a few vocabulary that are essential to success in IELTS Task 1. You won’t necessarily use all of them every time, but you need to know these nine words that I’m going to show you-or 10 words, depends how you look at it-you need to know these words so you’re ready for pretty much any kind of infographic that comes your way.

Now, most of the time and most of your practice, I’m sure, is graphs. Okay? So we’re going to start with looking at graphs, and we’re going to look at these two words: “fluctuate”, a verb, okay? And: “fluctuation”, a noun. Now, from my experience, checking students’ or test takers’ essays, this word is quite often misused. Okay? I think sometimes people are not exactly sure what this word means. So, to show you, I’m going to show you a graph, here. This is a fluctuation. Let’s say we’re looking at a span of 2000 to 2014, so we’re looking 15 years of sales, let’s say. Sales and whatever the number is in hundred of millions. Okay? “Fluctuate” means to go up and down quite rapidly. Okay? It doesn’t have to be rapid; it could be steady, but there’s an up, there’s a down, there’s an up, there’s a down.

If you’re going something like this, this you don’t call a fluctuation. Even though it’s not a straight line, it’s still not a fluctuation, because overall, the sales are still going upwards, they’re still increasing. Fluctuation, there must be some downward movement as well. It goes up and there’s down from… Let’s say from the starting point. So here we go up, down, up, down, up, down. Here, it’s mostly up. You very rarely go down below where you started. So overall, you have an upward motion. This is to fluctuate. So, you can use it as a verb: Over the span of the recording, of the record, of the 15 years, sales fluctuated from let’s say 100 million to as little… And ended up here, let’s say, it’s a little bit lower to 110. So, overall, there was a slight increase, but sales fluctuated throughout the period. Okay?